Understanding the curing of resins and inks by radiation

The curing of resins and inks by light energy can be traced back many centuries to Ancient Egypt when resin-soaked mummification wrappings were cured by sunlight.  In 1815, the world saw the first photoengraved printing plate, and for the following 150 years many photochemical reactions have made their marks on history, but a commercial radiation-curing process did not evolve until the 1960s.

The UV process utilizes photons generated by high-intensity UV light to initiate the free-radial cross-linking of acrylate oligomers and prepolymers. Ultraviolet light is electromagnetic radiation that has a wavelength that falls to the shorter wavelength side of visible light, while infrared (IR) falls adjacent to the longer wavelength side.

The features, advantages and benefits of radiation curing

Normally, conventional thermally cured coatings are composed of a resinous binder, pigments and fillers, and diluent solvents. After application to the substrate, heat is applied, driving off the solvents and curing the coating film.  The evaporated solvents are generally flammable, and must be considered pollutants.  These solvent emissions require the use of even more energy to be burned or “scrubbed” and recovered by distillation. A great deal of expense in involved in heating the coating, substrate, and solvent. It is an inefficient, uncomfortable and messy process.

In radiation curing the resin binder is replaced by a formulation of liquid monomers and oligomers, into which the pigment can be dispersed, generally without the need for either solvent or water. The coating is completely reactive and the amount, or thickness, that is laid down wet is, essentially, the same as the thickness after curing. 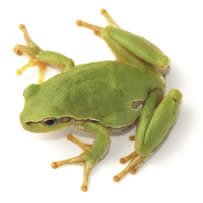